Since its discovery in 2002, the emerald ash borer – a chinese invasive bug – has quickly become the most deadly alien tree pest to ever invade wooded or forest areas. The insect attacks Green, White, Black, and Blue Ash, which have zero immunity. The emerald ash borer’s range of destruction continues to expand, and despite ongoing efforts to fight it, communities with ash trees in both cities and woodlands are left to pick up the pieces.

By the time the adult pest is visible, it’s usually too late for nearby trees. Emerald ash borers do the main damage as larvae, eating into the bark and burrows deep beneath the tree trunk to insulate themselves against the cold. In the process, they cut off access to the nutrients and water that the tree needs to survive. They can kill an ash tree in as little as two years.

Signs and symptoms of infestation by the emerald ash borer (Agrilus planipennis) include crown thinning and dieback, woodpecker damage, bark splits, eggs under bark, serpentine larval galleries, notched leaflets by adult feeding, D-shaped exit holes, and dead trees. Once found in an area, it is virtually impossible to exterminate it completely, but annual tree treatment keeps trees safe from the insect. 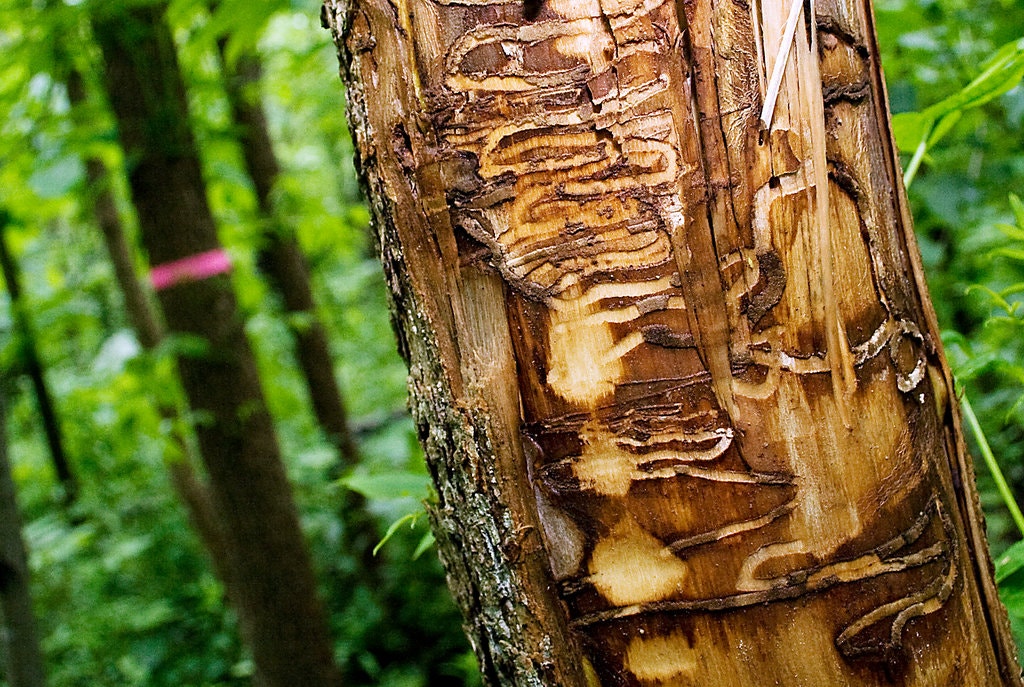 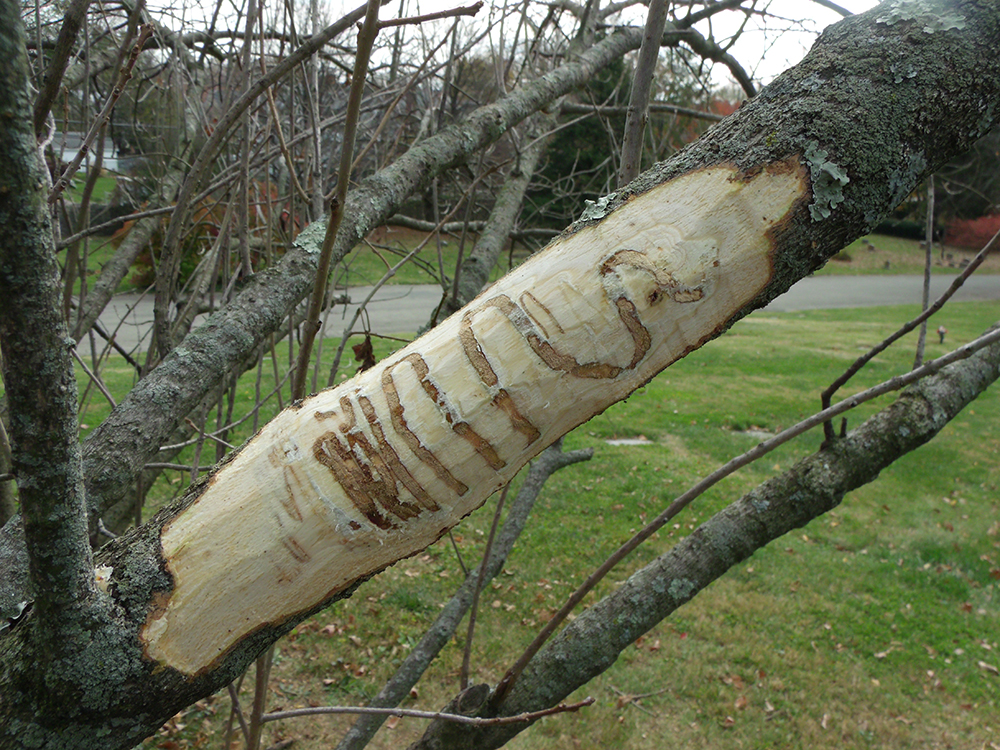 PREVENTION IS THE BEST REMEDY

Emerald Ash Borer spreads by flying or inside a load of infested firewood, nursery stock, or lumber products. The tree borer is hard to detect because most of the harm is underneath the bark unseen, so prevention is the best approach to save mature Ash trees.

Homeowners are expected to protect and manage all the Ash in their yards. Below are some ways to manage Ash located on residential properties.

Green Ash is quite popular in Calgary and there is a very good chance that an Ash is growing on a property near you. These trees thrive in sunny weather and are well-adapted to the cold Prairie winters. The first step for homeowners is to determine if there are any Ash trees in their yard.
Ash trees have the following characteristics:• Compound leaves with 5 to 9 leaflets• Leaflets, buds, and branches growing directly opposite from one another• Diamond-shaped bark ridges on mature trees

According to real estate experts, mature tree landscapes are worth about 10% of the value of a home. Since Calgary is a sought-after market for real estate, an Ash with a 15-inch DBH (Diameter at Breast Height) is worth the cost of a new car, so these tree are very much worth protecting.

To get a tree’s DBH, measure the circumference of the tree 4.5 feet from the ground, and divide it by 3.14 (Pi).  Any trees higher than 15 DBH need to be treated by a professional tree service company. Any Ash tree under power lines or in poor health is not worth saving and needs to be removed. Typical signs of poor health are dieback, woodpecker damage, bark splits, and trunk spouting.

Property owners should hire a Calgary professional tree company for many reasons...trees provide value to you property, the work can be hazardous and tree health issues are complicated. Since damage by Emerald Ash Borer can go unseen, it takes a trained expert to find the presence of the beetled, whose breeding cycles are temperature-dependent. This also makes treatment timing challenging.

Trunk tree injections are a good choice when the conditions prevent the use of sprayed or soil-applied pesticides. Tree injections require knowledge to determine correct dosage, and some products require the applicator to be licensed. Since trunk injections provide reliable insect control for at least two years, this makes them very cost-effective.

The best time for EAB treatment is between April and October when Ash trees are leafed out. The trees must be actively transpiring to take up the control formulations and spread them throughout the tree for protection.

To understand the benefits of systemic injections, please click on our Calgary Tree Injection page.